With some common ophthalmological drugs paying more than $300 per mg and individual treatments requiring multiple milligrams, you can’t afford to report less of a dosage than administered.

To ensure that you get properly reimbursed on the amount of drugs administered, follow a few simple steps.

1. Report the Injection Code With Modifier

There are three common injections that an ophthalmology practice often performs. Report the injection procedure with a CPT procedure code as follows:

Indicate the eye that the specialist injected with the appropriate laterality modifier (RT, Right side; LT Left side) or modifier 50 for bilateral. For bilateral reporting, check with payers whether they want modifier 50 or two lines with -RT and -LT.

For the medication, report a HCPCS J code:

3. Report Units Based on Descriptor and Administration Amounts

Bill the number of units based on the number of milligrams indicated in the J code descriptor and the amount of the drug administered.

Eyes Open: Lucentis single vials come in two sizes. Be sure to check the NDC to determine the amount that the provider is using.

If you report one unit for Lucentis instead of five for 50242-0080-01, you’ll underbill the drug by approximately $1,530. Since the medically necessary amount of injections is three, you’d lose almost $5,000 for the drug order. With the high cost of these drugs, correct billing is imperative for financial health.

Documentation should indicate the drug administered and the milligram amount administered. The biller can then convert the milligrams to units. Below, the unit conversions for eight top injectibles’ recommended doses:

Make sure you put the NDC code in box 19 of the CMS 1500 Claim Form or online version. Without the number, the insurer will reject the claim, delaying cash flow.

Got a superbill? This clip ‘n’ save chart will help eliminate drug-unit mismatches. How to Improve EHR with the Help of AI

Electronic health records (EHRs) are useful, but did you know that they could be even better? It’s true. But usually, this improvement isn’t a solo effort. Artificial intelligence (AI) could ... Why Patient Financial Experience Should Be Your Practice's Priority

While your patients visit your health care practice because of medical concerns, they might also have other worries. Their finances may also be causing them anxiety. Maybe they’re even worried a... 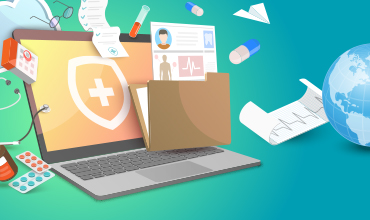 How EHR Billing and Coding Can Improve Revenue Cycle

Billing is a vital part of medical practices, providing the funding that helps keep them operating. Because billing is so critical, it’s useful to have help. Electronic health record (EHR) tools...