8 KPI’s Your Eye Care Practice Should Be Tracking

You’ve heard of benchmarking your practice against nationwide statistics to determine whether you’re upcoding. And you’ve probably been told to pull an accounts receivable (A/R) report every month to track your collections. But there are scores of other reports with KPI’s that can help you determine where your practice stands in terms of efficiency, collections, and even scheduling.

Tracking these key performance indicators (KPIs) will allow you to examine whether things at your practice are going swimmingly, or if you should consider changing up some of your processes.

You’ll track this information to get a feel for how many patients your practice sees on average. You can calculate this on a per day, per doctor or per month basis. Then, you can use that information to glean other ratios. For instance, once you have this number, you’ll be able to calculate things like how many visits each physician performs each year, which physicians see the most patients, and other data.

You should be checking this KPI every month, said Natalie Loyacano, COMT, ROUB, OCS, during her AAO 2017 presentation. However, Loyacano, a practice administrator at the VitreoRetinal Eye Center in Biloxi, Mississippi, doesn’t share that data with the physicians until the end of the year.

Loyacano said she is more vigilant about this KPI, because if her practice is not working on this, business could eventually dwindle over time. It’s estimated that on average, eye care practices lose around 11 percent of their patients annually. So if your percentage of new patient visits isn’t growing by at least that amount year-to-year, your business is shrinking.

Tracking how many patients fail to show up for their appointments is important not only to try and find a way to stem the problem, but also to allow your scheduling staff to know when it might be a good idea to book multiple appointments and plan for potential no-shows.

For instance, Loyacano says her practice sees accelerated no-shows in the spring, as families travel to graduations. In the summer, many travel to get out of the heat, so she sees a similar pattern. Tracking seasonal patterns in no-shows allows the practice to potentially double-book certain time frames when the no-show rate is higher than the rest of the year.

You’ve likely noticed that many of your appointment confirmation calls go to voicemail. To reduce your practice’s no-show rate, consider implementing text message reminders in addition to or in place of reminder calls.  It might also be time to start implementing no-show fees if you haven’t already. Make sure to include the no-show fee in your financial policy that patients sign when they join the practice, and never bill the no-show fee to the insurer – only bill it to the patient directly.

It can be a good idea to know where your referrals come from; it gives you an idea of what types of patients may need eye care in the future. For instance, many eye care practices have recently seen an uptick in referrals from family practices for diabetes-related eye care problems. Others note that they see a fair amount of referrals from emergency departments to treat eye injuries.

If your number of referrals is shrinking, you’ll need to dig deeper. For example, if you’ve noticed fewer PCP referrals, ensure your physicians are sending patient notes back to the referring PCP. And don’t forget: maintaining a referral relationship requires trust between providers. For example, if an optometrist with an optical in her practice refers a patient to an ophthalmologist that also has an optical, she may worry that the patient will be encouraged to buy eyewear from that practice, and not hers. Make sure your practice isn’t giving off the impression that you’re “stealing” patients away from other providers.

It’s important to evaluate how many drugs your practice has on-hand and how often they’re being dispensed, said Joanne Mansour, practice manager at the Virginia Retina Center in Haymarket, Virginia, during her presentation at AAO 2017.

She performs a “fridge count” each day to evaluate the drugs being used. This is essential because once the drugs are purchased, ophthalmologists are 100 percent liable for reimbursement. At the end of every month, Mansour’s practice creates reports to make sure all the drugs have been billed correctly. To ensure you’re receiving the correct reimbursement from payers, verify that your staff knows how to document drug wastage, and how to use modifier JW to report drug wastage on claims.

And, practices shouldn’t tolerate injections that are administered but not reported, says Luretta Greely, OCS of LG Medical Billing Service, who also spoke at AAO 2017. Even for a $17 Avastin, if drugs are injected but not billed, the offending employee should be educated on the importance of billing all services. By comparing the drugs dispensed history to your inventory, it’s easy to tell if there’s a discrepancy.

Tip: If a drug company sends a needle that is damaged, get the money back since it isn’t usable, Greely says.

Loyacano reports that she had to contact Humana last year because the payer’s fee schedules changed in her state, causing a shortage in her collections. So it’s a good idea to pull a select number of charts and compare the fee schedule amounts against each payer’s reimbursements to determine whether they’re accurate.

To get a feel for where most of your practice’s income is coming from, it’s a good idea to create productivity reports. First, analyze productivity by payer to understand which payers are responsible for most of your income, and then pull a procedure report so you know which services represent the highest percentage of income for your practice.

This is important because if most of your income is coming from one procedure and a small percentage of your doctors actually perform that service, it’s smart to be aware of that. If the physicians who perform that particular service end up leaving employment at your office, it could jeopardize a significant amount of your income.

Tracking payer productivity is also useful when it comes time to renew your payer contracts. If you have a payer that’s a nightmare to deal with, but only accounts for a small portion of your income, you may consider dropping them.

It’s important for practices to measure the time it takes to collect outstanding balances so you can get a feel for whether any of your internal processes are responsible for slow collections. It’s a good idea to use at least three months’ worth of data, because the information could be impacted if, for instance, a doctor goes on vacation or has a sick day.

If you find a lot of your charges take more than 90 days for payments, it could be time to make a change. At 90 days, most practices lose a timely filing opportunity for their claims, because claims over 90 days don’t get paid if they haven’t been filed already.

If you’ve got a more-than-desirable amount of patients showing past-due amounts, you’ll need to assess whether your payment collection procedure needs tweaking. In nearly all situations, your front-office staff should be collecting patient payments before the patient leaves your practice—not ‘billing them later.’ Data shoes that the likelihood of receiving an on-time, in-full payment from a patient drops significantly once the patient walks out the door. At the checkout desk, make sure your staff is asking patients “how” they would like to pay, never “if” they would like to pay. 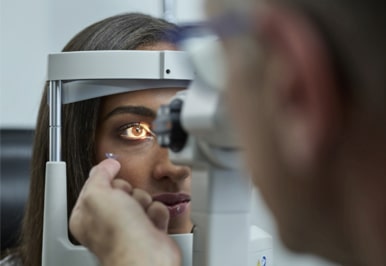 Contact lenses create perfect vision for tens of millions of Americans, but make sure you know the rules for using them correctly According to the U.S. Food and Drug Administration (FDA),... 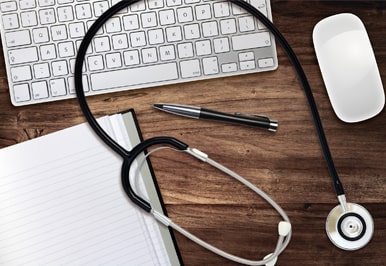 Does your EHR have the right certifications?

Ensure your certifications are correct so you don’t miss out on CMS payments Certification is a big deal when it comes to selecting an electronic health record (EHR) prov... 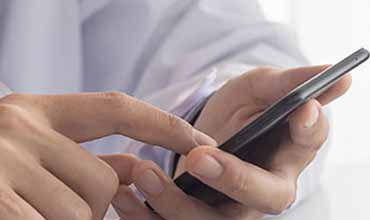