Vitamin A Deficiency: Is Golden Rice the Answer?

One of the leading causes of blindness worldwide is xerophthalmia, which makes the eye unable to produce tears. This disease is especially prevalent in the developing world and is caused by a condition known as VAD, or severe vitamin A deficiency.

Vitamin A is an essential nutrient for humans that can only be obtained by diet. While it is found in a number of common meats, fruits, and vegetables, it is difficult to get on subsistence diets common among the developing countries in Africa and Southeast Asia. To combat this, food engineers have come up with a solution – golden rice. 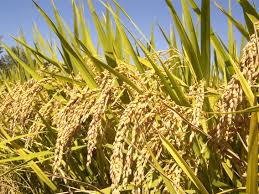 Golden rice is a fusion of the common rice species, oryza sativa with a gene from the daffodil that causes it to produce beta-carotene, which is digested into vitamin A in humans. Easy solution, right? However, it has been faced with a number of cultural and environmental challenges.

Aside from the controversies surrounding the cultivation of GMOs, there have been concerns raised about the environmental effects of raising golden rice. Farmers in the developing world worry about golden rice choking out their other, established crops, as well as golden rice’s susceptibility to viruses and bacteria compared to more diverse rice populations. While golden rice can help with the problem of vitamin A deficiency, it doesn’t address larger issues of malnutrition in the developing world. There is a cultural challenge as well – golden rice’s name is derived from its yellow color, which could be difficult to introduce to people that have been eating white rice for generations.

Golden rice is a simple solution to global vitamin A deficiency, but is it the best solution? Ultimately, that will depend on whether agriculture in the developing world will begin cultivating golden rice and adopting it into those regions’ diets.

Tips to Boost Customer Satisfaction at Your Optometry Practice

Patients aren’t just patients. They’re customers of your optometry practice. If they’re not satisfied with the services and goods you’re providing, they might take their eye treatment and eyewea...

Social Media for Optometrists: Creative Ideas to Use

Does your ophthalmic practice have a website? If not, you should consider creating one to inform and engage with your patients. If you do have a website, is it all it could be? Just having a web...